Just added to your cart

When Peter Boyer first heard about the promises of CBD, he was captivated.

“I was watching a [TV] program. They had done a story about Charlotte’s Web and families moving their children with special needs out to Colorado to use this heavily concentrated CBD drop formula for kids that have seizures,” Boyer said. “I was captivated by it and hoped that it would help our daughter.”

Peter’s daughter Ruby, 14, has cerebral palsy and suffers from epilepsy and seizures. According to their website, Charlotte’s Web CBD products contain an array of beneficial cannabinoids such as CBD, CBC, CBG and others. The company was founded in Colorado Springs, Colorado in 2010 after the founders experimented with CBD to help a young girl with epilepsy.

For three years, Peter has been giving Ruby industrial hemp CBD drops to reduce her seizures. An unexpected benefit of the CBD, he says, is that it has enabled her to function more efficiently at school and at home. 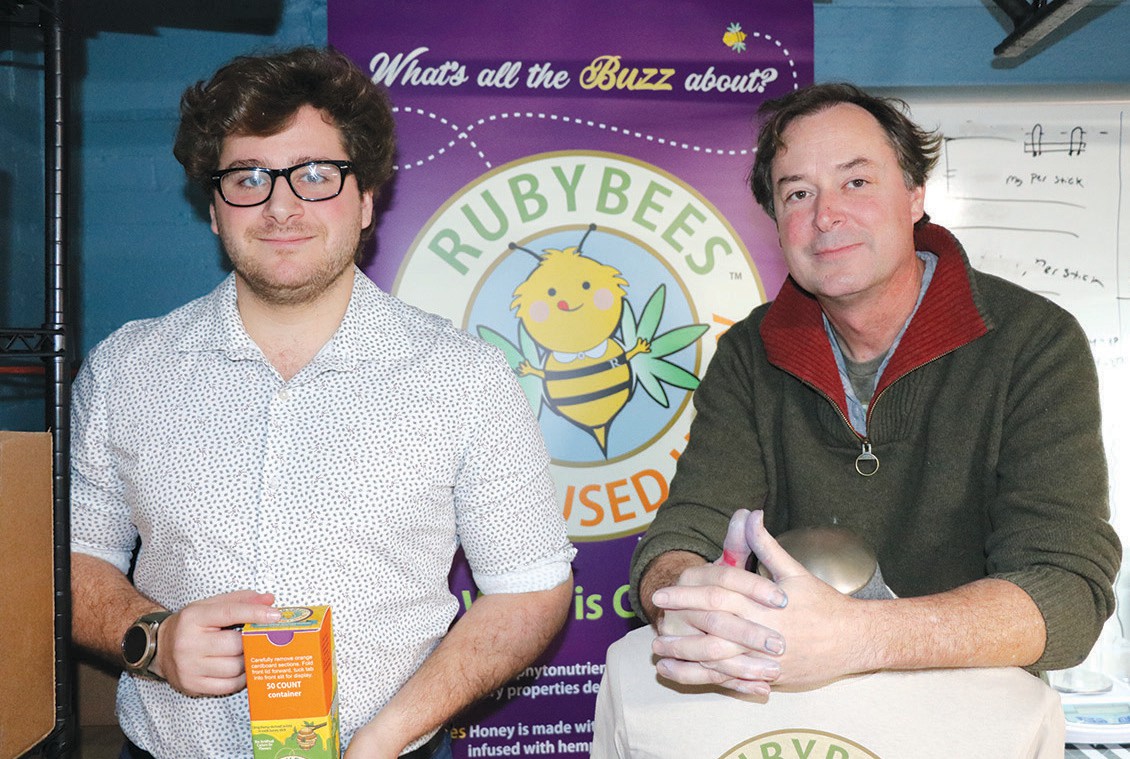 Inspired by the positive change, Peter began exploring ways to help others and an idea was hatched.

RubyBees Honey Sticks are made with clover honey infused with CBD isolate. Each stick contains 10 milligrams of CBD, which they say can help the consumer effectively monitor their dosage. The product does not contain THC.

“We use the isolate. A lot of people use full or a broad spectrum. We use right down to the molecular level of the CBD. It’s from the hemp plant, and it’s a powder form. That way we know it’s void of all THC,” Peter says. I think just the term THC has been associated with CBD. The movement now is to say a hemp-derived isolate. The consumer will eventually catch on to that.”

The primary benefit is the CBD’s anti-inflammatory agents. Clover honey also provides various vitamins, minerals and antioxidants. Marrying the two “just made sense,” says Peter. Each plastic straw is injected with CBD honey and wrapped in a plastic sleeve, keeping the honey fresh and protected.

To keep its primary benefits, the honey is kept in its natural state. You can ingest the honey however you’d like, though the most common is mixing it in tea or putting it on toast.

Pierson Boyer, RubyBees operations manager and Peter’s son, says, “We don’t judge on how you use your honey.”

Pierson joined RubyBees last fall after graduating from Northern Michigan University. While there he worked with Invent@NMU, a product development and “idea incubator” offering entrepreneurial support services for inventions, products and small businesses.

Peter started RubyBees in March 2019. Moving forward, Pierson says his plans for the company are to expand their team, increase market share and get the product “into the hands of people who need it.”

Currently, RubyBees products can be found online at www.rubybees.com, as well as doctor’s offices, yoga studios, health food stores, restaurants and mini marts all around the country.